apparently it is a thing…

I don’t think anyone should give any so-called MGTOW’s asking for money a cent.  Better off spending your money on a prostitute who thinks you are a stupid chump than Ziggy Stardusk who thinks you are a stupid chump.  In fact, he will probably take the money you give him and hire a prostitute at an FKK club all while thinking even philosophers like Nietzsche engaged in the vulgar–and after is he not on the same level as the ubermensch?  If only he smoked a cee-gar and cussed more, I’d think he was Captain Capitalism. Now I’m really exited by the rise of Trump and Sanders.  I don’t think either would make a good President but it shows the American public is fucking sick of status quo.  And we all know Hillary is status quo.

and, uh that free healthcare, well, looks like the single payer system Germany already has…

In fact the average German probably has it a fuck of allot better than the average American.

Somehow, Condescedingdusk sounds like a rich feminist who got everything paid for by daddy telling some poor mixed race man who has never met his dad to check his male privilege.

Now, you want to get angry, some lunatic in the comments section CS MGTOW says that guys under 30 shouldn’t be allowed to vote.  Bloody, hell, mofo, guys under 30 sign up for Selective Service.

If this is MGTOW, I want no part.  Looks pretty corrupt to me and like AVfM, should be left to fail….

–UPDATE–I went back to the quote, here’ what he states:

CS MGTOW 6 days ago
Society is not well served by allowing women and very young men to vote. Women as a whole fail to develop the rationality needed to refrain from using political power to destroy the society and young men only seem to develop this much later in life, from my experience after the age of 30 or so.
–I include this because I realize it is unfair to say he would specifically forbid young men (who sign up for Selective Service) from voting.  He says they don’t serve society well.  I’ll let feminists argue the point on womyn, that’s a battle I don’t care to fight….
Posted on February 11, 2016 4 Comments

“Women get more radical as they lose power … They’re going to get more activist as they get older, And when you’re young, you’re thinking, ‘Where are the boys?’ The boys are with Bernie.”

And who said:
“Imagine, as a brief thought experiment, you’re a young feminist woman entering a lonely diner miles away from anything. You haven’t eaten in a bit, and your resources are exhausted. You face an uncertain future; you are disquieted about these feelings. The diner is deserted except for a well-kempt older lady in a pantsuit and a kindly but more casual looking older gentleman. You realize you can only ask one person for help with a meal, for surely the other person will feel slighted for not being asked first. Whom do you ask to buy you a meal?”
I can’t tell who is the man hating feminist and who is the M(h)RA…
http://www.politico.com/blogs/new-hampshire-primary-2016-live-updates/2016/02/gloria-steinem-bernie-sanders-women-218869#ixzz3zpn4e7AS
http://www.avoiceformen.com/featured/feminists-prefer-sugar-daddies-to-pantsuits/
It all comes down to blame low status men for everything even womyn’s shitty choices… 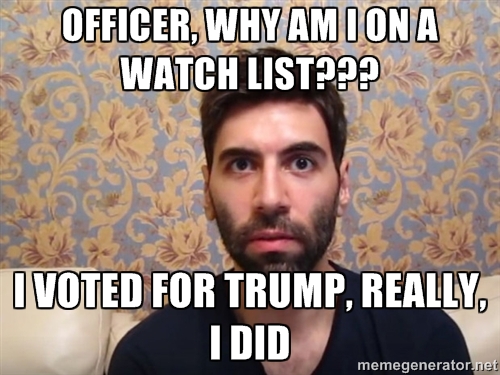 …it is the tendency of men to bash other men, there IS NO Male Solidarity…

…feminist’s will say that patriarchy is a system whereas (all) men are “privileged” and have power over womyn.  Pretty obvious for anyone who’s head isn’t stuck up their ass that this is not the case.  What feminist’s fail to realize is that there is no men’s right’s not because there is no need for men’s right’s but because men will war against each other for just a sniff of pussy.  You might think that gay men might be your ally’s, but just check out Jack Donovan or Milo Y or any other of the crackpots from the alt-reich and you’ll quickly see this isn’t the case.  If rapes are happening (and that’s a big fucking if) in Germany, it sure as fuck isn’t non-white MGTOW’s in other parts of the world’s problem. If it’s anyone’s problem it’s feminism’s.  Let them deal with it because they don’t give a shit about me and I don’t have the resources or the desire to defend womyn in another part of the world who wouldn’t give me the time of day.  Remember how feminist’s love to tell men “not to rape.”  Funny, how according to feminist’s and PUAtard’s everywhere, I’m some incel loser who couldn’t get laid in a whorehouse with a hand full of fifties.  Well, do you really think that I am going to bother going to some bar tonight where “Sara the Slut” who is too good for me anyways is gonna get drunk so she can get hit on by “Matt Frat” and have some enthousiastic consent, or is it too drunk to consent  encounter.  Nope, I’m not gonna be Mister Creepy and stand at the bar and say, “Um Sara the Slut, don’t go back to Matt Frat’s place because RAYYYYYYPE.”  No one wants me to do that, least of all me.  Teach men not to rape.  Well, I am not Mr. Security.  It’s not my job to protect womyn.  Anyone who tries to guilt me so can go back to the uber-faggots of the alt-reich and bend over for Andrew Anglin and David Duke.  Fuck You!

Just look at this shitpit of a thread…

Now, if you aren’t raping, you are not a rapist and it isn’t your fault if the girls want a night out drinking.  They can hire their own security.  Anything else IS NOT a MGTOW position.  And, yeah, I don’t really identify as MGTOW, but it’s funny how those guys let “their movement” be overrun by feminist leaning alt-reicher’s…